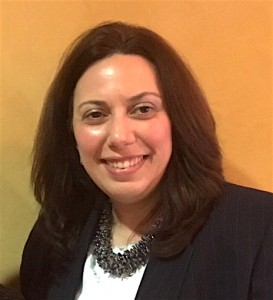 Tina Martins Cruz, J.D., received her Bachelor of Arts Degree in Political Science from Rider University and her Juris Doctor Degree from Pace University School of Law. She has been licensed to practice law in New Jersey since 2001, being admitted also to the Federal District Court and the Supreme Court of New Jersey.

Mrs. Martins Cruz has been in private practice since 2001 and also serves as a Municipal Court Judge since 2011. She began the next phase of her career with the Office of Student Legal Services at Rutgers in 2016.

Copyright © 2022, Rutgers, The State University of New Jersey, an equal access / equal opportunity, affirmative action institution. All rights reserved. Individuals with disabilities are encouraged to direct suggestions, comments, or complaints concerning any accessibility issues with Rutgers web sites to accessibility@rutgers.edu or complete the Report Accessibility Barrier or Provide Feedback Form. To report technical issues with this website, contact the ITS Help Desk at 848-932-7248 or its@echo.rutgers.edu